On January 18th 2022, I accompanied Dr. Laura Dean, Millikin students, and community members to the Decatur City Council meeting. The purpose of our visit to the city council was to read the Human Trafficking Awareness Month Declaration, I was lucky enough to be designated to read it for the whole council and broadcast live on public access television around the city. Since 2010, the President of the United States has dedicated the month of January as human trafficking awareness month. The month in geared towards general education events with the public on how to identify and help prevent these crimes both domestically and abroad. 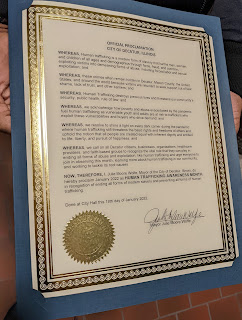 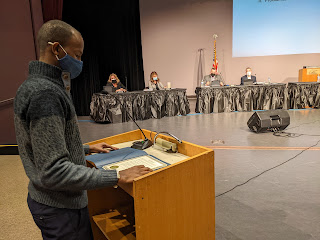 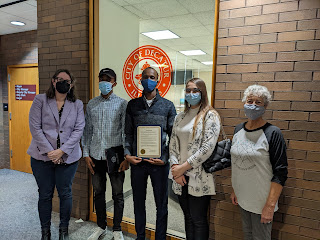 Unfortunately, the population of Decatur has little knowledge on human trafficking so having the proclamation of Human Trafficking Awareness Month being read in the City Council is a great opportunity for city’s population to learn about this crime. This is because the city hall meetings are broadcasted on local TV public access channels which helps spread the message very easily. However, despite all the effort that different entities put into addressing this issue, human trafficking still prevails in Decatur, Illinois, and around the United States. Some of the biggest challenges in human trafficking awareness is the lack of educated law enforcement officers, judges, and prosecutors who are highly trained to detect and punish this crimes. We used this opportunity to read the declaration in the city hall meeting to educate residents of Decatur hoping that they can recognize these crimes in their day-to-day lives. Only from there we can pressure the government to enforce the laws and to ensure that everybody has the right to liberty, freedom, and pursuit of happiness no matter their nationality or country of origin. 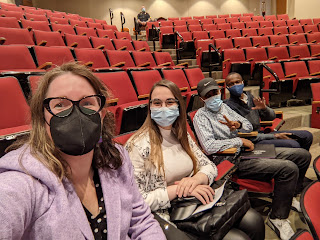 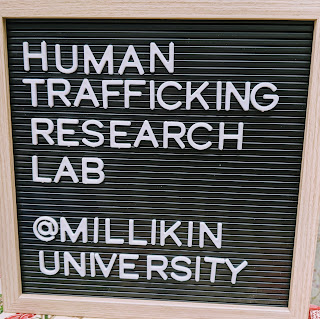 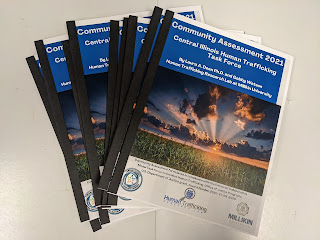 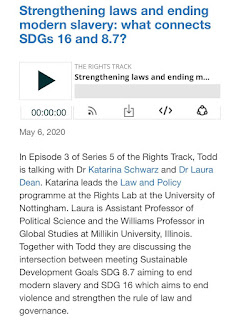